Jeff Ackerman started playing music at the age of 8 and by the time he reached 13 he was playing in his family’s Dixieland band with his two brothers and sister on the Ted Mack Amateur Hour as well as other events. He also performed in the Disney Christmas Parade in the Winnie the Pooh band (dressed as a Woozle!) During high school and beyond he played and recorded professionally in cover and original bands including a tour with Gayle McCormick for “A Band Called Smith.” Later he was a member of the original band “Masque” inspired by The Tubes, Gentle Giant and Genesis and was about to be picked up by William Morris when the band broke up. He turned to a career with the television and movie studios, but still played with local bands on weekends. It wasn’t till he spent 4-5 months in Mississippi filming that he found his love for the Blues. He sought out juke joints in his off hours with his sax in hand. In the 2000’s he met Dave Gillespie through the Santa Clarita Blues Society and became a member of the Mojo Filter blues in mid-2018. 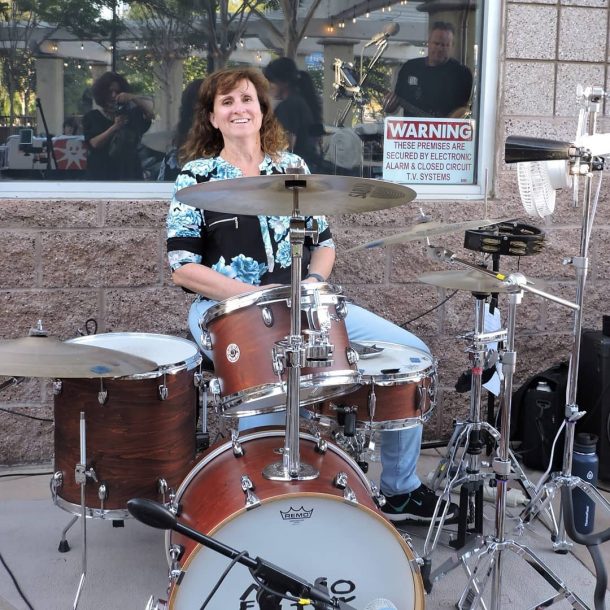