Jackie was born to a poor family in a small town in Romania. She learned percussion skills early, playing the tambourine to support her family’s street music business. Alas, her family was jailed for stealing and at the early age of 10 she was placed in an orphanage. One very cold day, a kind American took pity on her and offered her to be part of her family and live in a big house in the San Fernando Valley, which was in California, USA. It was very warm there and Jackie agreed. Spending her teenage years in the valley she became a true “Valley Girl” and completely lost her Romanian accent, she started saying phrases with “like” in them and “gag me with a spoon”. She was forever grateful to her new found family,

She studied at the university, became a computer scientist, married and had a son and daughter, but her musical roots were calling to her. She had always had a desire to play a real drum set, so she purchased one and began taking lessons. After endless hours of practicing she longed to play in a group again like she had done with her family back home. In her quest to find a new band, she met Dave Gillespie. They started recording in her home studio, while trying to find other band members. One day Dave played her the Whiskey Song that he had written and she said “We have to record that song, it will make us lots of money!”; it was a catchy tune and very funny. Dave got his old band back together and we recorded the song, and now Jackie is a member of the Mojo Filter Blues. Thanks Dave! 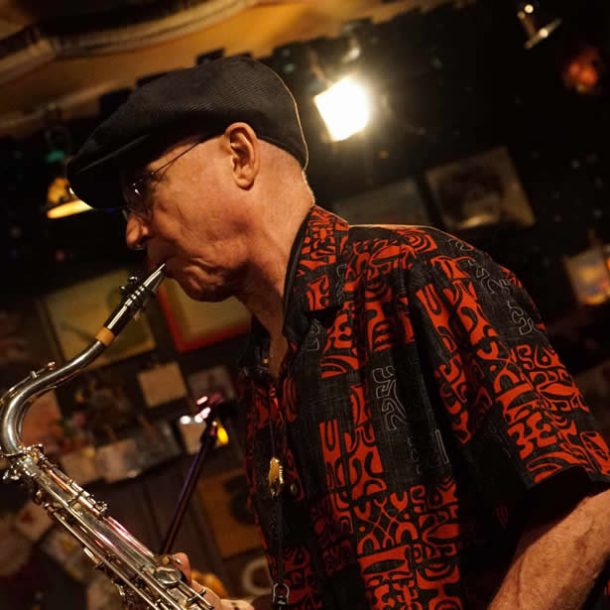